Captain Nick Howes had little hesitation in losing the toss and being invited to bat by the Quokas on a green pitch under a cloudy sky at Kings House. The Quokkas openers started tightly and Rich and Pip played very watchfully to see off the new bowlers.  40/0 from the first 10 was reasonable but unfortunately Pip took the instruction too literally and was out caught behind off the first ball sent down by first change Kieron who was fourteen. To be fair Kieron bowled reasonably fast on an annoyingly good line. 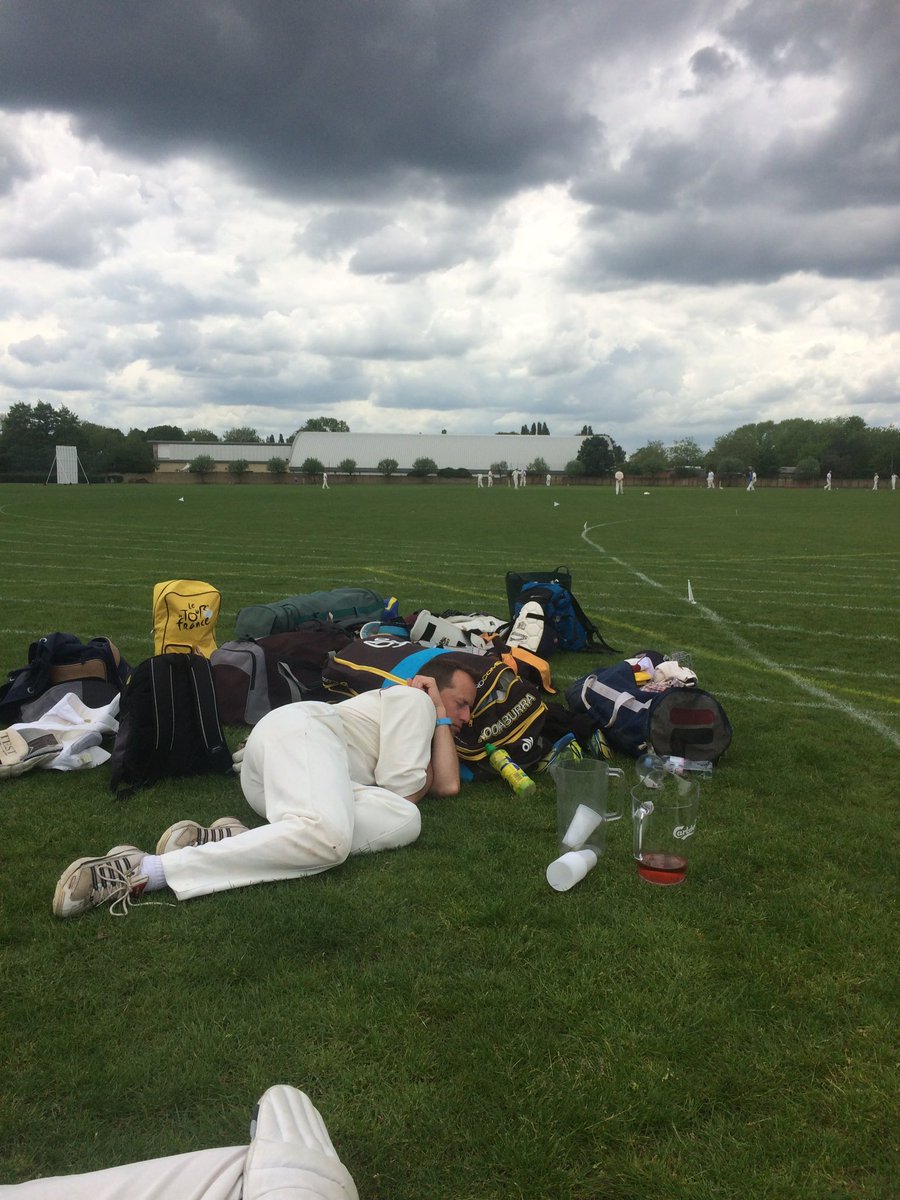 Roly in at 3 didn’t last long but debutant Seth, batting for the first time in 11 years visibly loosened the rust off and rediscovered shots he had forgotten about. Rich went for 38 which was probably for the best as Seth and now Stu looked to increase the scoring rate with persistent scampering. It must have been very frustrating in to field against and totally exhausting to be involved in. When Seth fell for 31 they had put on 106 in 15 overs to provide an excellent platform for some lusty blows from the specialist boundary hitting lower order and those interested in winning the (non existent) 6 hitting competition. Unfortunately the dragon slayer had already rescued his princess for the day and Luckett managed only 1 but Stu started to find the boundary well before he was caught for a brisk and excellent 73.

That left Nick and Jiff together with around 4 overs left to give it a real thump and they did just that, Nick with a 13 ball 34 and Jiff hitting  dealing with young Kieron harshly including a big six back over his head. His bowling did not deserve such abuse but he was left with figures of 2 – 42 after his last over went for 17. Jiff made 15* and we had posted a very good total of 215 which with the slowish outfield was probably worth a few more.

Our experiment with an antipodean captain is old enough now for some clues as to his style to have emerged. A relaxed approach can give individuals the space and authority to take responsibility for their own actions and thus improve performance. Presumably his pre session team talk of “Right I’ll open the bowling because no one else wants to but I’m only bowling a couple” was with this in mind.

Jiff opened from the other end and the tone of the innings was set when a leading edge went a long way up the air, Stu & Roland (with the gloves) both called for it, both attempted the catch. Stu got closer to taking it than Roland but neither was sucesfull. In all 7 dropped catches were remembered over beers. At least 3 of those were fairly simple behind the stumps but Roly did take some good ones and no one was harder on him than himself.

Jeff ended up with 2 – 18 from 5 and Khalil kept things tight as well as usual with just 18 coming from his 7 overs.

The Quokkas played Kamal well and he never really settled in to that rhythm that can be so devastating, going for comfortably over a run a ball although he did remove one of the lynchpins of their innings who was very well caught at square leg by Jiff, the ball travelling at some speed.

Despite some effective rebuilding Quokkas were left needing around 100 from their last 12 overs and should not have got close. Stu, Paul & Rich all went for a few runs as the batsmen hit out, riding their luck and using the size of the field against us to just about keep up with the rate. The skipper persuaded himself to bowl a couple more though and his extra pace was too difficult to hit.

In the end we ran out comfortable winners by 20 runs but had our excellent batting to thank for that. A good game against decent opposition. What Sunday afternoons are made for.