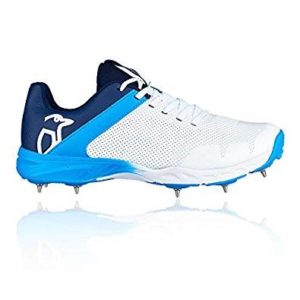 Evidently there must be a sale on at Sports Direct, as no fewer than 4 Whalers players, were wearing the above shoes (Amit the original, Russel, Asim and Viren)….

Post 34 degree high heat on Saturday the Whalers gathered as usual at Kings House for the 12.30 meet time. A couple of members failed to make the 12.30 cut off, notably Nick and Matt arriving late. There ensued a robust discussion on the merits of playing a 20-25 over game, instead of the regulation 35 overs. This in theory was to benefit the English supporters who would have then been able to finish early and watch the World Cup; India vs England cricket game. Robust discussion ended, skipper, Dean and Dan dictating we would be playing 35 overs. Post grumbling in the change rooms, the Whalers lost the toss and were sent out to bowl. With big thanks to Amit and his friends we were to play a chimeric Quokka/Whaler side (7 Quokka’s and 4 adopted Whalers) vs captain Deans Whalers 11.

Due to a lack of fitness, motivation and general poor attitude, Nick opened the bowling with the wind and got the ball to move away. Dan opened at the other end and got the break-through in the 4th over removing Suhib caught Fraser and Scott LBW in consecutive balls. A very rare hatrick chance motivating the Whalers to stand in an unusually very aggressive field placement (3 slips, fly slip and silly mid-on). Missed opportunity with new batsmen Viren confidently hitting to point, getting off the mark running two. The Whalers then returning to their casual lackadaisical field placements and fielding for the rest of the game. Both Nick and Dan bowled reasonably economical, Nick harshly unsupported by 2 dropped chances in his final over.

Next to bowl were Dheeraj and Special K. Deeraj left arm action exhibiting some actual great pace and aggression, not witnessed by a Whalers side for quite some time. Unlucky to have not taken a wicket off 4 overs. Special got some real flight bowling into the wind and troubled the Quokkas, removing opener Amit for 33 and Amit the original LBW. New shoe wearing Russel and Asim came on next and Russel bowled really well taking 2 for 16 off 5. Asim bowled a corker to the dangerous Allan, the bowl moving off the pitch to hit the top of off stump, his figures standing out at 1 for 14 off 4 overs (champagne moment). Russel also took a good wicket bowling the batsmen. Slightly over zealous celebration however! Andrew and Fraser finished off the Quokkas batting both taking bowled wickets. It could be argued, by the cricketing purists, that a double bouncing bowled by Fraser is technically a no ball. The umpire didn’t see it that way or chose to ignore the rules, Quokkas making a competitive 143 off 34 overs.

NB: It should be mentioned that pretty much everyone dropped a catch…notably Dan, Matt L, Nick, Andrew, Fraser, Dean, and others. Some catches were harder than others. Also there were some calamitous run out attempts and a shit load of wides.

The Whalers lead by Dean came out with real determination post lunch. Dean played some nice shots but both Matt and Fraser were given out LBW. Matt calmly walking off the field, no visible signs of chuntering, straight to the bar as suggested by the author, to get a beer for the author and himself. Dillen and Asim continued the run rate with a confident Dean hitting a number of 6s and 4s to really up the ante. Dillen, Andrew and Asim played some nice shots but all departed before Dan came in to steady the ship. Both he and Dean calmly making the required 144 in 23 overs (calmly inside the suggested 25 overs). Although some spectators noticed Dan hogging the strike in one over and dragging out the game. To be fair the Quokka’s Fruity bowled some fantastic off spin and Dan had to be defensive. Dean finished on 86 and Dan 14 not out respectively. Both batted really well. The whalers coming into mid-season winning form by a confident 5 wickets.

Champagne – Aseem’s bowled – moved off the pitch to hit the top of off stump.

Muppet – Dillen’s – long barrier in the wrong place to miss the ball.